Because We Can, Krakow, Poland 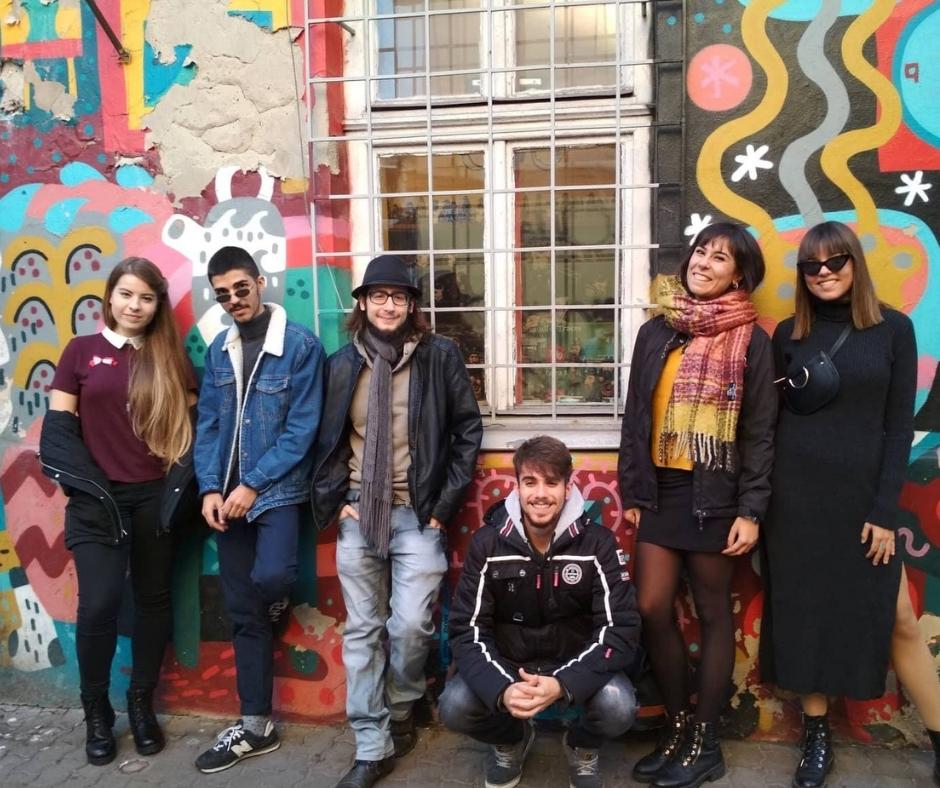 In November 2018, 8 persons from different countries met in Krakow, the intercultural capital of Poland, ready to work and learn from the educational project Erasmus+ “Because We Can – Creativity Techniques in Working with Youth ''.

By the first time of our trip, we were all enthousiast because we were in a beautiful and historical city that most of us were watching for the first time. The volume of our enthusiasm became higher when we met members of RAMPA, the organization of reception. They warmly welcomed us, plenty of ideas and plants for the following days.

On the first day, we started our day-long workshops. Initially, we played “ice-breakers- games'' in order to get to know each other and to be familiar with the space. Then, we were separated into smaller groups which had their educator and they consisted of persons from different countries. Members of the group changed every two days. Concerning workshops, we experimented with different kinds of exercises and games, developing not only our personal skills and knowledge, but also our ability to work as a team. Our educators were imparting their experiences and advice for working with children and youth groups, explaining when and how methods of approaching new people could be used in order for young people to build a trustful relationship and feel ready and competent to participate in activities of all the conditions.

During the whole duration of the project, we emphasized the meaning of the team. People live and create as members of society. This is how we had to create. On the second day of the project, every team presented a short theater performance. Idea’s conception, direction, scenery, vesture and acting organized by the team members while all this project was inspired by the educators who proposed a creativity game which had as a result theater sketches. Presentation’s night was full of laughter, satisfaction for our cooperation and self-confidence.

Undoubtedly, the highest moment of satisfaction was on the fourth night of the project. The challenge became bigger after the theater achievement of the group. We had again games of creativity but now we had to emerge into the project, creating a scenario for a short movie. Under this challenge it was obvious, how important are the passion and the effort for a team that has no experience at all. Each participant offered his unique experience, knowledge and skills and, after one day of preparation, one night of directing and one day of montage, we achieved the day of presentation. Our coordinators met us in a beautiful place in the center of Krakow where we enjoyed our personal opening night and then we awarded ourselves with Oscars and lastly, we had dinner altogether.

After the successful completion of this challenge, our coordinators decided to give us suggestions for history and myths of the accommodation city. We had a night of City Game when we met in the center of Krakow and we were separated into three groups. We played a treasure game having only one map and one riddle. This treasure was really priceless because with every solved mystery, we went to a different corner of the city, meeting enthousiast young people who were cooperating with the organizations that we do and they were proudly narrating their stories and the fables of their beloved city, through games, riddles and theater sketches. Needless to say that the temperature of  0°C didn’t inf;uence at all the devotion of children to the game and this vibe influences us as well. This lovely night concluded in dinner in a traditional tavern where we were discussing the experiences that we had.

The end of this project was something more than emotional. During these 8 days, participants and coordinators of this project, we became a strong team, building a strong relationship between us, owing to the time and the effort that we devoted to this project, altogether. We said goodbye with the wish that this is something temporary and we will meet each other again.

This experience was for sure one of the greatest experiences of our lives and we learned there that all the significant things in life require work and also that satisfaction is not achieved only by the successful result but by the path that we walk until this, as well. This educational project gave us new techniques and methods for creativing working with young people and it could be characterized as life experience. This journey was for some of us one first look at the opportunities that this world offers while for some others it was a reminder that you always have to be active and ready to go out, to be involved, to explore, to offer in this world that gives you so many things.